Albeit left behind to a certain extent, the good old turtle is still an excellent way to introduce people to the world of programming. “Turtle graphics” has implementations in a variety of languages with Logo being the trendsetter for the older school of programmers and survives to this day with a very beginner friendly and popular Python turtle module. Unfortunately, there is no official turtle graphics solution for one of the most popular languages for beginners today – C#. This makes people miss out on the fun factor of a simple, interactive introduction to coding.

Worry not, though – Nakov.TurtleGraphics has you covered!

Available as package from NuGet (and as open-source project in GitHub), the Nakov.TurtleGraphics library is a simple, straight to the point solution designed for C# but it is easily transposable into any .NET language or environment you might choose to use. It presents a captivating way of introducing children or absolute newcomers to the way a programmer instructs machines. It comes with a concise instruction set, it is ready to use out of the box (using Windows Forms) and utilizes colorful visual feedback which is what makes it a perfect beginner solution.

Drawing with the Turtle in C#

For the uninitiated, the way Turtle Graphics works is very simple. You have your turtle and a set of simple instructions such as:

Which respectively instructs the turtle to either rotate to a certain angle degree and advance with the specified distance, leaving a line behind when the “pen” is down, meaning that you can point and move the turtle without drawing a line when needed. Generally, the turtle adheres to the well known Cartesian coordinate system (having an X and Y axis, positive numbers being right/up and negatives being left/down). This is the simplest way to use the library, although it allows for more advanced use, which with a certain amount of creativity and determination, can leave you with a complete artwork!

How to Start with the Turtle in C# and Visual Studio?

First create an empty Windows Forms application in Visual Studio (yes, Windows Forms is more simple than WFP and is better for beginners): 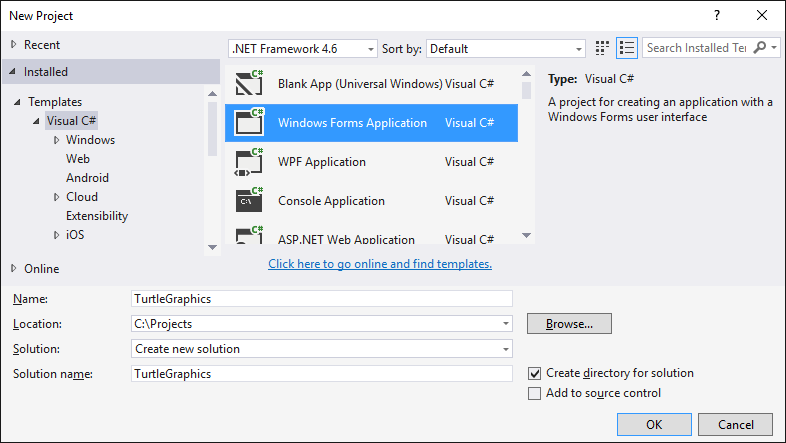 Install the NuGet package “Nakov.TurtleGraphics“ from the package manager console:

Or add it from the Solution Explorer by [Manage NuGet Packages…] menu: 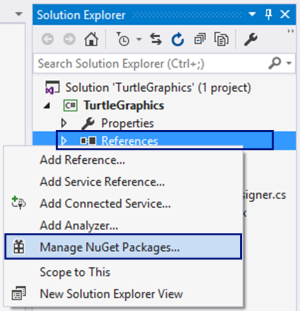 Find the package from the search box. You can type “nakov” or “turtle” to find it: 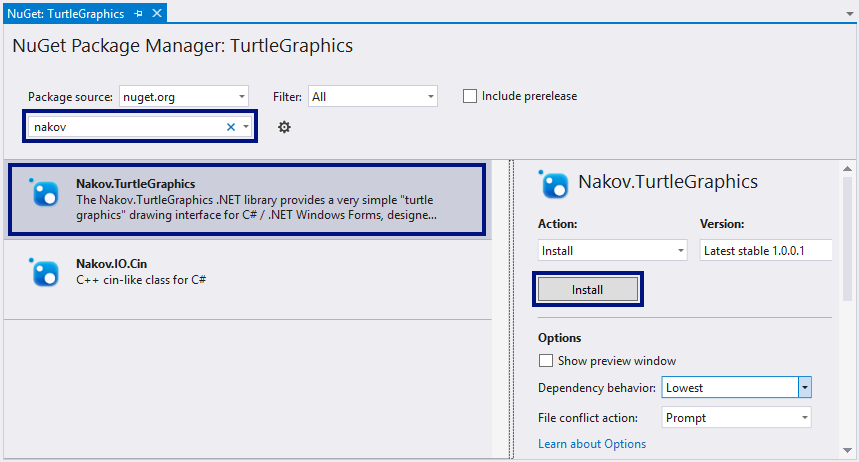 Put a few buttons in the main form and set their names and properties as shown below:

Specify your commands for the turtle in the [Draw] button’s “Click” event handler:

Start the application by pressing [Ctrl+F5], then click the [Draw] button: 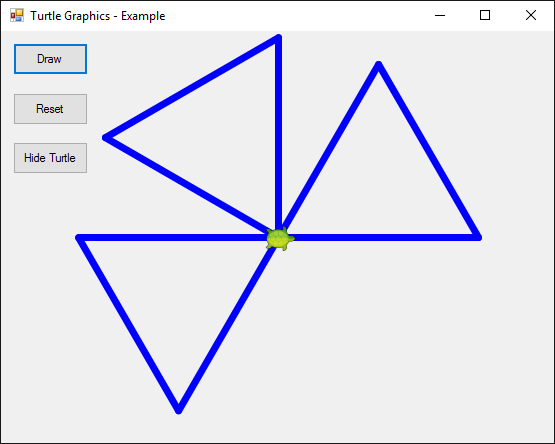 You can play a bit more, e.g. add the following code:

To draw a hexagone: 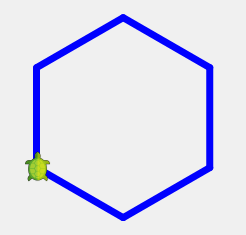 To draw a green star: 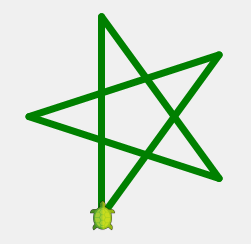 To draw a spiral: 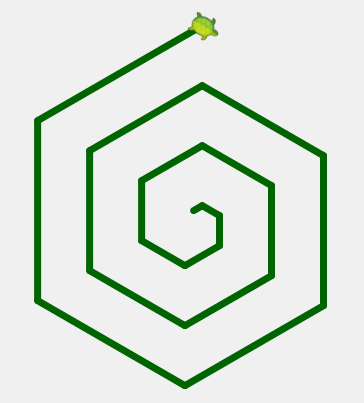 To draw a sun: 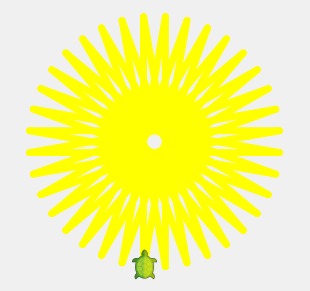 To draw a triangle spiral: 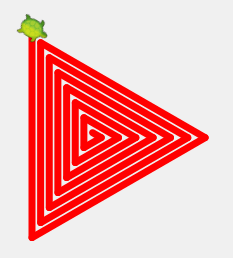 You can use one of the following commands to allow learners to start creating with no more than a few clicks. Although this doesn’t employ the utmost correct object-oriented practices (for the purpose of simplicity), these all are static methods of a single class Turtle:

Whereas the aforementioned describes this excellent library in a solely technical manner, you can observe for yourself the way TurtleGraphics.NET works in a living, breathing learning environment in Software University’s Programming Basics course – an ever evolving solution to the lack of software developers which is currently taking education by storm and revolutionizing the way future developers start walking the path towards innovation.

Play with the source code of the Nakov.TurtleGraphics library at GitHub. It is open-source: https://github.com/nakov/TurtleGraphics.NET.